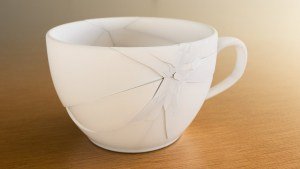 Rather, it’s those in Secular AA who smear non-believers as “Atheist-Thumpers” that are doing the partitioning.

It’s an old, ugly tactic intended to purify the ranks, and force the silence or removal of those with whom they disagree.

I think we all concur that we choose to attend Secular AA in order to avoid the religiosity of “conventional” or “traditional” AA.

The dictionary definition of “secular” is non-religious, not anti-religious. However, AA describes itself as “not religious, but spiritual.” Yet, religion and spirituality are both non-fact-based belief systems.

What are we to make of these seemingly contradictory claims?

To many in Secular AA this “religion vs. spirituality” argument is a distinction without a difference.

When asked for the difference between a religion and a cult Richard Dawkins responded, “About 2,000 years.”

Just to be clear: I do not wish to argue for or against anyone’s personal beliefs or non-beliefs. In fact, I have no interest in what anyone believes or does not believe. That is why I attend Secular AA.

Each of us attends AA meetings with our personal beliefs or non-beliefs intact.

And we are free to express those beliefs or non-beliefs during any “conventional” AA or Secular AA meeting, whether we are leading the meeting or sharing from the floor. The overriding issue here is how Secular AA and ICSAA as organizations define themselves.

I do not question the sincerity of people’s various beliefs or non-beliefs. However, the mere rejection of organized religion does not then open the door for other non-evidence-based belief systems.

It should be noted that there are believers in Secular AA who want to talk about god only in church, so they can talk solely about alcohol in AA.

I am glad to note that the Secular AA Mission & Vision Statements as part of the by-laws  make no claim for either spirituality or a Higher Power.

I was also pleased to see that this year’s theme is “Inclusion & Diversity.” And I was prepared to dismount from my “spiritual” hobbyhorse until I checked this year’s program schedule and spotted “The Biology, Psychology and Philosophy of Spirituality” with Dr. Vera T. and John Ma.

I guess just one panel this year is an improvement over our past two conventions.

As you will remember, the Santa Monica convention presented: “How Can an Atheist Pray?” and “The Power of Vow.” And in Austin: “Spiritual Life is Not a Theory,” and “Spirituality Minus Religion.”

And we should also remember the choice of keynote speakers:
In Santa Monica we famously heard the Rev. Ward Ewing, a pleasant and friendly man. But the mere selection of a high-ranking clergyman is an embarrassing plea on our part for acceptance. To me his presence was as surreal and absurd as having say, the CEO of Budweiser address any AA convention, “traditional” or Secular.

As to the pick of the Grapevine‘s Ami B to address the Austin convention I refer you to John H’s writings and talks.

As a sample here’s a Grapevine quote from earlier this month that John H. sent to me: “Spirituality is not based on logic, it is faith-driven. Faith makes the impossible possible.”

These subjects and speakers would be better presented at a “traditional” AA convention. I do not attend Secular AA conventions to learn or study about any belief system.

So what is it with Secular AA and “spirituality?”

Why is spirituality given a secular free pass?

Let me try to explain myself from a slightly different angle: I assume that the over-whelming majority of Secular AA members do not believe that the Bible or the Koran is the inerrant word of god, just as I believe that we are convinced by the scientific evidence that the earth is more than 6,000 years old and that climate-change is seriously affected by the contributions of man.

Yet, I would also guess that in our science-based cohort there are a few who never-the-less believe that commonly recommended vaccinations for children are both somewhat lacking in efficacy and have a good chance of causing significant harm, if not autism. It’s that sort of “reasoning” arrived at by “I just know” with which I take issue.

And yes, I also realize the futility of using reason to argue with those who have arrived at their positions through unverifiable intuition. And if you are thinking: “I don’t care what you say, Vic, that’s how I feel, and that’s all there is to it!” I rest my case.

AA in general has been severely lacking in one area, science. It seems that AA’s initial success led it to believe that it had found the answer. But as we all can see by the addiction rates now engulfing the world AA is not the only way. Mind you, total abstinence, a day at a time is the only approach that works for me and I assume most of, if not all of you.

However, there are those who might be able to moderate their drinking. Science may well provide future methods that will most likely help such people, and will most likely include medications.

So I am thankful to ICSAA for inviting Dr. Ray B. to lead a panel here in Toronto. Furthermore, I hope future Secular AA conventions will include scientists as keynote speakers.

As cited at the beginning many in Secular AA unfortunately pay lip service with respect other’s convictions.

Will someone please explain to me this antipathy? Atheism is a school of thought, a line of reasoning. It does not describe one’s character or deeds.

I may be wrong, but I am persuaded that many spiritual and non-spiritual members of Secular AA are afraid of and don’t want to be associated with the taint of the label, “atheist,” especially when combined as “alcoholic atheist.”

So are we talking past each other? Perhaps.

I do think we are dancing around each other.

We need to face this secular/spiritual divide or we will end up as a bunch of irrelevant backbiters.

Only we can and should define ourselves.

So how would you like to see Secular AA?

I can state with assurance that non-believers feel that Secular AA is the only refuge of reason within AA.

So will we split into Secular AA and Spiritual AA? I hope not.

As Dierdre S. so eloquently explained in Austin, not only is Secular AA AA, it special a interest group not unlike LGBTQ, Spanish-speaking, or women’s groups.

Secular AA as it now stands is but a thin slice of AA as a whole, which itself is but a small part of society at large. A schism would be a clear indication of our inability to respect each other’s personal views, and almost assure us as being utterly beside the point in the future.

I strongly urge that Secular AA & ICSAA as institutions continue to welcome anyone who has a “desire to stop drinking,” while remaining indifferent to religion and/or spirituality.

Editors note: The ICSAA Panel of the same title may be viewed here: Media Files