Godless good for your Health?

(RNS) — In recent decades, a number of studies have found that being religious can be good for your health.

That’s not exactly the case, said David Speed, professor of psychology at the University of New Brunswick in St. John, Canada.

In a new study called “Godless in the Great White North,” published in the Journal of Religion and Health, Speed looked at data from a Canadian Community Health Survey and found that atheists may be just as healthy as devoted believers.

“If you compare the health outcomes for those two groups, they are really similar to each other,” said Speed.

Speed is one of a number of social scientists who are rethinking the connection between religion and health. Past studies, they say, have focused heavily on the health of very religious people while treating atheists and other nonbelievers as an afterthought. 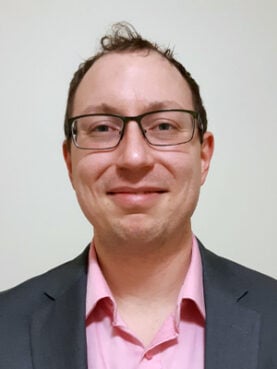 That’s a mistake, Speed argues, in part because nonreligious people are not all the same.

Atheists, he said, are different from agnostics, who are different from the religiously unaffiliated, or so-called nones. And some of the benefits of being a part of a church or other faith group — including social support and behavioral rules that can be beneficial — aren’t exclusively religious.

Religious people, for example, are less likely to drink heavily or use drugs, because their religious beliefs discourage those activities. But other groups also discourage drug and alcohol use, he said, pointing to the so-called Straight Edge movement that began among punk rockers in the 1980s.

Some people — include Speed himself — simply aren’t interested in using those substances. Whatever the motivation, these groups see abstaining from alcohol and drugs as important.

“The religious framing is irrelevant,” he said.

Many of the benefits of religion are also linked to stronger social support networks. That is one area where religiously active people do have an advantage over atheists.

“One thing that religion does really well is facilitating social networks,” he said. “If you go to services, you are building a social support network.”

By contrast, he added, “there isn’t the same support structure for atheists.”

Still, it’s important to be clear that the health and well-being benefits are linked to faith groups’ social support, not spiritual belief, said Speed.

In some cases, belief in God might actually be bad for your health, particularly when that belief is shaky. A 2020 study published in the Review of Religious Research found that “doubting theists” — those who believe in God but are less certain about those beliefs — reported poorer health outcomes.

Because of the growth of the nones in the United States, researchers on that study wanted to look more closely at subgroups in that population. They separated out self-identified atheists and then divided the remaining unaffiliated theists into two groups: “theistic nones,” who had a strong belief in God, and “doubting theists,” who were less certain in their beliefs. Then they looked at health outcomes for the latter two groups.

“The results suggest that the level of certainty in beliefs about God or a higher power are an important factor among religious nones for predicting health outcomes,” according to the study.

Joseph Baker, a sociologist of religion at East Tennessee State University who worked on the study, argues that nonreligious Americans should not be treated as a monolith. He said atheists, agnostics and the nones should be treated as separate groups by researchers.

Baker, who studies secular Americans, also said that atheism can give people a strong sense of identity and a clear set of values, which may help with their well-being, even if they don’t have the same kind of built-in social support that religious people do.

America’s changing religious landscape — in which about 1 in 4 Americans identify as nones — will present challenges in the future. As organized religion declines, researchers are asking what will fill that social void.

“The challenge for secular individuals is to think consciously and seriously about where they will find community — and organize accordingly,” said Baker.

“Atheists, in general, are understudied,” he said. “And when they are studied, they are not studied well.”