The “Power” of a Meeting

[ Second in a series of Five articles on the Recovery process ] 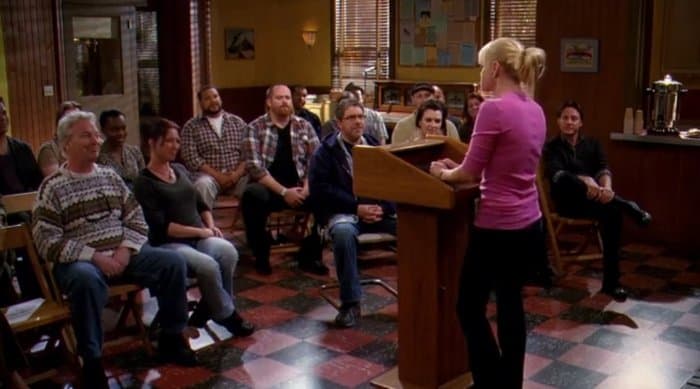 “The Power of Meetings”

My earliest experiences in recovery started the same way that most of these journeys begin, at a meeting.

Going down a short flight of stairs into a very large church basement with smoke thickened air (it was, after all, early 1987 when there were still smoke filled rooms) and seeing an old DC drinking buddy at the bottom of those stairs who immediately said, “What the fuck took you such a long time to get here?”, made a profound impression on me and I immediately, without reservation, felt at “home” there with these people who I began to meet who, as individuals, seemed to have my best interests at heart.

What was clear from the beginning was that the overriding concern of the people in the rooms was with my continued sobriety.

I was so desperate for a solution to my drinking problem that virtually any well-intentioned group of folks who were also sober probably would have sufficed but, very soon, other aspects of what was going on became evident and things got a bit more complex.

Having been very fortunate in many (but not all obviously) aspects of my life I managed to fall into a very “liberal” recovery-oriented culture in Northwest Washington, DC that was, demographically, very heavily weighted towards highly educated, professional people with backgrounds similar to my own.

I easily identified with my first conventional home group and while my vocal atheism disturbed some members the overriding theme of tolerance and inclusion there mitigated my initial reluctance to being part of something identified as a “spiritual” fellowship.

The early benefits I received from my sobriety included a “pink cloud” experience precipitated by the realization that, if I stayed sober, it was very likely that I would not die prematurely as a result of my alcoholism. This temporary feeling of euphoria allowed me to ignore my many misgivings about and outright rejection of what I encountered in the literature.

Additionally, I quickly noticed the strange calming effect that takes place when a group of members sit together listening to their fellow alcoholics share. I never left one of those early meetings more tense or worse than when the meeting began and, for that reason, my first sober year can be recalled as something of a “charmed” experience.

This view began to change when I had about 18 months and was precipitated by my attendance at meetings on the weekend (my “liberal” home group only met Monday–Friday) where more traditional views and a group reading of “How it Works” was featured. By this time my “pink cloud” had dissipated and this “Big Book” foolishness totally alienated me to the point that, as I have chronicled elsewhere, I nearly left what I now saw as a “cult” and actively considered, for what fortunately has, so far, been the last time, taking another drink.

Even then, in my “darkest” program related hour, where the threat of another drink was a real possibility, the content of my weekday meeting itself (despite the occasional talk of “Higher Power”, “Steps” and such) “saved” me and even the foolishness I encountered on the weekends was mitigated, as the quality of the “sharing” everywhere in DC in those days was quite high.

This was all resonant enough to counter my growing revulsion at the “cult like” aspects of conventional meetings. I was shaken by all this but not then defeated. I doubt this would have lasted and, if an alternative had not presented itself, that, sooner or later, I would have left all together and faced the risks of drinking again alone.

When the “Secular Miracle” of the founding of the first We Agnostics meeting in DC occurred in September 1988 my “faith” in the process of meetings themselves was fully restored and that overriding feeling of identification that I had achieved originally, and then at least partially lost, was found yet again within the Secular meeting process. The group I joined was one that was founded by two hard core, old time American atheists and had the practical, real world message I had longed for from the first.

So, what is it about “meetings” after all?

There is indeed something beyond the merely tactile when a group of likeminded people, bonded by a common problem, gather to share their experience. There is a very special form of fully human power present in such gatherings that can be accessed if we are emotionally available and listening openly to what is being shared.

Without a meeting a recovering alcoholic (particularly a person new in recovery) can become isolated, feel alone, and, bereft of company and left totally to her or his own devices, subject to that dreaded “thought” of a drink or drug that can take hold outside of the context provided by the support of the group experience of others sharing the same concerns.

Now, after a recitation of my own “misgivings”, my “crises” of confidence and rejection of the tenants of the conventional, God centered approaches, and then a revival of interest based on the founding of a Secular meeting, where did all this leave me?

I was left, surprisingly, where I started, which was with this strange bond that can be found with our alcoholic sisters and brothers when we sit, in peace, in the rooms. You don’t have to “like” everyone you meet there (far from it) but I found that I began to get something even from the personalities that repelled me.

Even when the sharing is not to our liking, is boring, or “off kilter”, we still share the bond with people who gather for our primary purpose which really is “to stay sober and help other alcoholics achieve sobriety”. This primary purpose is even stronger, in my opinion, in our Secular rooms when we have stripped away all of the trappings of the standard, Oxford Group inspired, forms of personal redemption, the fallacy of “personality change” and the inherently Christian tenants centered around some sort of “moral regeneration.”

The fact that this primary purpose, at depth, only happens at a meeting along with giving us access to friendships that can last a lifetime, bonds us further to the groups that resonate for us as we attempt to reflect that resonance back to the group as a whole in a uniquely reinforcing circle of human power.

This reinforcement of our sobriety is essentially a feedback loop of determination and renewal that permeates a room where people voluntarily gather with “life and death” stakes at play.

In a life in what I now personally refer to as Secular Recovery, we can bond in a positive atmosphere without the distractions, animosities, resentments and condensation that can be found in many conventional meetings.

I have heard stories of other members who, like myself, reached such an impasse with what is “preached” in conventional rooms that the thought of a drink became increasingly likely and a path toward relapse was set. A Secular meeting fixes that part of the problem permanently. Secular members are, of course, not immune from a drink or the thought of one but continued sobriety is more likely, for many, in a Secular Recovery context.

Our responsibility as members is to foster, as best we can, a safe and welcoming environment and to embrace the right of each member to express their needs and concerns without being condescended to or preached to. In the Secular meetings I have been familiar with for over 30 years this has substantially been the case and it seems that many of the bonds formed in our Secular meetings take on a different character due to our openness and transparency.

Though the basic intentions of most members are similar to what you find in conventional meetings I have heard more than one member say that their Secular group takes on the characteristics of a “haven” for them that reinforces their sobriety on a daily basis even when Secular meetings are unavailable or impractical.

I have some personal experience of this in my own story and can freely attest to the fact that a good Secular meeting can indeed be “portable.”

I lived in Russia continuously from 2005-2009 and then traveled there periodically until 2013. While in that country, for various reasons, I found it impossible to attend meetings and, at that time, there were no online Secular communities to help with that situation.

It struck me at the time, very early in my exposure there, in the midst of that fascinating, exciting, perilous, frustrating situation, that my DC Secular meeting, that I had been attending for going on 20 years at that point, was indeed “portable” in the sense that what I had heard and experienced there, over many years, served as a continual reminder, something of a “light in the window”, that reinforced, on a daily basis, my sobriety.

I would have virtual “mini-meetings” of my own standing on the street in the snow looking at the spots of blood on the white ground on Sunday mornings, on the Moscow Metro encountering the drunks down there, or standing in line to buy water or cola in the convenience store in the ground floor of my apartment building, in the same line that the street alcoholics used to buy their incredibly cheap, $2.80 half liter, of vodka. Always the reminders there of the terrible things that befall drunks everywhere.

At those moments the memories of Sundays past at our Secular meeting and the experiences, stories and fellowship I recalled, reinforced the gratitude I felt in not being in the condition of so many I saw around me daily. Drinking, in short, was not an option and the many years of meetings I “had in the bank” helped immeasurably during times of incredible stress and pressure there. It was, always, my meeting that saw me through.

As truly Secular people there is no “pie in the sky” or “higher power” to sustain us but fellowship, connection, and the “power” of the meeting itself is often enough to take a member through even the toughest of times. Even those of you in the “Bible Belt” without access to brick and mortar Secular meetings and where the Jesus driven conventional meetings may prove to be intolerable, can now find support in our internet communities and sort this all out based on attendance at some of the fine meetings that can now be found online.

The “strange alchemy” that is in the room when Secular fellowship members gather to reinforce each other’s sobriety is truly the gift that never has diminishing returns for me in our context where those foolish bromides, “promises” and intimations of divine interventions are fully dispelled by the real power of the room which is in the gathering itself.

A totally human power, when freely shared, can sustain a member over a lifetime in recovery and stave off the perils of relapse and despair.

As we have most definitely have known all along, a good Secular Recovery meeting is both an anchor and a rock and, if attended regularly, can take us through virtually anything. 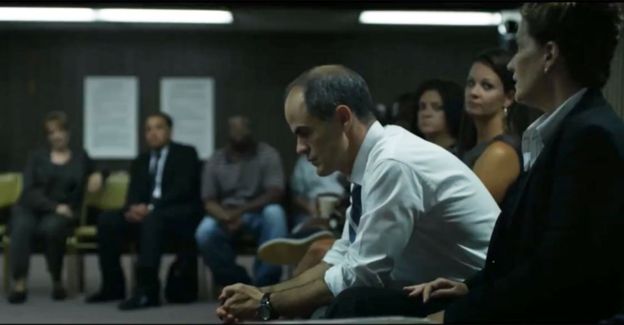 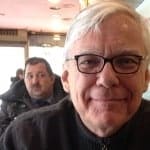