In this blog post, Zachary Munro discusses the development of a non-religious recovery culture in Alcoholics Anonymous (AA), and how groups like Secular Organizations for Sobriety (SOS), and LifeRing Secular Recovery are renegotiating their relationships to AA’s origins in the evangelical “Oxford Group” of the 1930s. As this non-religious recovery culture grows, it continues to explore ways in which the Twelve Steps on the road from the “addicted-self” to the “recovering-self” might need neither God nor even “spiritual” discipline to work

The religious components of Alcoholics Anonymous (AA) and other Twelve-Step fellowships for addiction-recovery have long challenged the participation of secular individuals. The fellowship, which has a membership base of over two million, uses a spiritual program that emphasizes belief in a “higher power” and daily spiritual practice to achieve and sustain recovery. In recent years a growing secular movement has been occurring within AA that has prompted an increasing number of secular meeting groups to organize. This trend has seen significant growth since the early 2010s, supported largely through online networking websites such as AA Agnostica, AA Beyond Belief, and SecularAA. The growth and increasing organization of this community has facilitated a culture centered on the experience of being secular in AA and navigating its spiritual program of recovery.

Popular references to the religious elements of AA are often accompanied by contentions over using a religious program for the treatment of a medical disorder. Internal debate over the religious elements has existed even within the fellowship since its inception in the late 1930s. [i] AA emerged out of the Oxford Group, an Evangelical fellowship that had a reputation for helping alcoholics achieve sobriety. The Oxford Group treated chronic alcohol use as symptomatic of a spiritual sickness that could only be remedied by surrendering to God and living in accordance with the group’s religious principles. Among these principles are those that were gradually adapted into the less explicitly religious and more spiritually based Twelve Steps, six of which make reference to “God.” Although AA does recognize Alcohol Use Disorder (AUD) to be a bio-medical disease, and was instrumental in popularizing the social understanding of addiction as disease, it continued the Oxford Group’s teaching that the condition is symptomatic of an underlying spiritual malady. The alcoholic is thought to suffer from a disordered or diseased self. Treatment is not to be found primarily in allopathic medicine but in working the program of spiritual disciplining, which involves reorienting and transforming the self to rehabilitate spiritual well-being. This includes attending group meetings which incorporate ritual practice, being in sponsorship, and working the Twelve Steps. The Steps are intended to produce a “spiritual awakening” and engender a transition from the addicted-self to the recovering-self.

In contradistinction not just to AA’s “God talk,” but also its “spiritual” model, a number of secular alternatives to AA have emerged, including Self-Management and Recovery Training (SMART), Secular Organizations for Sobriety (SOS), and LifeRing Secular Recovery. These and other programs tend to emphasize a scientific approach to treatment. Despite this fact, the secular movement occurring within AA has not been characterized by a simple rejection of either spiritual or theistic elements, but has produced dynamic forms of interaction with them. If secularity emerges as a cultural form wherever people make meaning outside of organized religion, then for secular people in AA this happens not only by highlighting their differences with its religious and spiritual elements, but in the way these elements continue to inform how such individuals negotiate their participation in the program. In this way, the culture of secular AA is a “substantial” secularity, or what Lois Lee [ii] calls a “non-religious culture,” in that it defines itself in terms of its difference from the religious variant.

In the emerging body of popular literature on navigating AA as a secular person [iii], there are adapted versions of the Twelve-Steps accompanied by commentaries that articulate a non-religious understanding of the teaching and value of each Step. While such content illustrates the emergence of non-religion through codified approaches to the program, “Secular AA” meeting groups are sites for informal experimentation with developing a non-religious recovery culture. The reproduction of traditional AA meeting formats maintains elements of the religious program like collective ritual action, personal confession, and an emphasis on self-transformation through particular forms of ethical self-disciplining. At the same time, open expressions of disbelief serve to undercut traditional norms of the meeting space and allow non-religious elements to emerge and incorporate themselves into the program in meaningful ways. For example, open expressions of a secular-self and how this identity informs the workings and experiences of recovery in AA, may serve to reconcile previous internal conflict that many have experienced due to the prevalent AA sentiment that they “need God” to work the program. Moreover, secular-self expressions provide pathways of identification between members with similar experiences, and for newcomers who have been put off of participating because of what they see as religious obstacles.

Through both formal recodifications of the program, such as adapted versions of the Twelve-Steps rid of theistic language, and informal assertions of secularity as a meaningful component of the recovering-self, Secular AA reconceptualizes the relationship between personal agency and various forms of power within the traditional AA model (such as the “Power greater than ourselves” that becomes the focus of recovery work as early as Step-Two in the original Twelve-Steps). As my own research project on Secular AA develops, it will involve analyzing the significance of precisely these kinds of practices. Whatever their particular logics and histories, they illustrate the potentials of resourceful borrowing and forms of positive interaction with religious cultures by non-religious cultures in order to aid personal and collective recovery. Moreover, for both researchers and those in recovery, developments occurring within the Secular AA movement are opening up space to explore the dynamics of interaction between religion and secularity beyond emphasizing forms of difference and opposition.

[i] For a historical chronology of this see: Kurtz, Ernest. 1979. Not-God: A History of Alcoholics Anonymous. Minnesota: Hazelden. 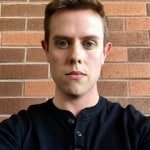 Zachary Munro is a PhD candidate in the department of Sociology & Legal Studies at the University of Waterloo. He is currently undertaking fieldwork for his dissertation on secular people navigating personal recovery within Alcoholics Anonymous. He can be contacted by email at zamunro@uwaterloo.ca.

One thought on “The ‘Secular AA’ Movement”